Every year, the Swiss Foundation for Tuberculosis Research awards the Swiss TB Award for outstanding work by Swiss researchers.
The two winners this year are Nina T. Odermatt from the EPFL Lausanne and Tobias Broger from the Swiss non-profit organisation FIND. 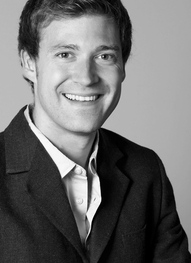 The Fujifilm SILVAMP TB LAM test, or FujiLAM, is the first of a new generation of rapid diagnostic tests for the identification of TB in people co-infected with HIV. Working in a similar way to a pregnancy test, FujiLAM detects low concentrations of lipoarabinomannan (LAM) in the urine of people with TB and HIV co-infection. Urine samples are easy to collect from people of all ages, which is especially relevant for those with HIV who may often face difficulties in producing sputum (the usual sample needed for TB tests). FujiLAM has shown promise following an encouraging diagnostic accuracy evaluation using biobanked (frozen) urine samples from hospitalized patients with HIV, and these findings were presented in a study published in the journal Lancet Infectious Diseases. The study found that the test is substantially (28%) more effective at identifying TB in people who are HIV positive than the only existing alternative urine test. Rapid and accurate diagnosis of TB is critical to enable patients to start treatment on time, reduce deaths due to TB, and prevent further transmission of the disease. The test is now being evaluated in large studies in more than ten countries, which will help to generate the data needed for evaluation by the World Health Organization (WHO).
SILVAMP TB LAM was developed by a FIND-led international R&D consortium including Fujifilm, Rutgers University, the University of Alberta, Otsuka and the University of Cape Town, supported by the Global Health Innovation Technology Fund (GHIT), the Bill & Melinda Gates Foundation, and the governments of Germany, the Netherlands, UK and Australia. 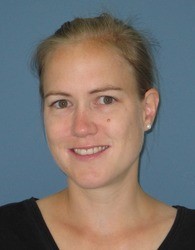 Mycobacterium tuberculosis (Mtb) has specifically adapted to a lifestyle inside its host cell to remain undetected by the immune system for many years. The exact timing of host-cell entry, dormancy, internal cell division and therefore virulence is crucial for Mtb’s success. An important part thereof is the tight regulation of gene expression, mediated by transcription factors.
Here, we investigated one of these transcription factors, the mycobacterial Integration Host Factor (mIHF). We found that the mIHF protein was present throughout the cycle and was very stable inside the bacterial cell. mIHF was essential for the survival of the pathogen, as Mtb without mIHF could not grow anymore.

Mtb cells with a very low concentration of mIHF showed an aberrant phenotype of elongated cells twice the length as normal, which were not able to divide or form a septum. This protein further bound over 150 times to the DNA, often close to another transcription factor, EspR. While most transcription factors regulate less than ten genes, mIHF strongly affected expression of more than 200 genes, which equals about 5% of all genes in Mtb.

Many of these target genes are part of the DNA synthesis machinery, code for tRNAs important in protein synthesis, or are part of virulence pathways. Strikingly, the genes espACD were the most downregulated ones, themselves important for Mtb’s special secretion system and its high virulence. Overall, the characterization of mIHF added an important piece towards deciphering the complex gene regulatory mechanisms in Mtb.

Dr. Giulia Stefenelli, PhD of ETH Zürich and researcher at the Paul Scherrer Institute in Würenlingen, has received yesterday in Berne the Swiss Aerosol Award 2019 for her excellent work about biomass burning*.

Giulia Stefenelli and coauthors present herein a new method to model the secondary organic aerosol (SOA) formation from complex emissions with a special focus on biomass burning. Biomass burning emissions from residential combustion are a major source of gaseous and particulate air pollution on urban, regional and global scales.

This modelling framework may be generalizable for other complex emissions sources, enabling the determination of the contributions of different chemical classes at a level of complexity suitable for implementation in regional air quality models. The authors reveal the most important precursors in biomass burning emissions, and the modelling framework developed can be used to follow the evolution of their oxidation products in the particle phase, allowing a direct comparison with molecular composition measurements using recently developed chemical ionization mass spectrometers.

*Secondary organic aerosol formation from smoldering and flaming combustion of biomass: a box model parametrization based on volatility basis set.

Real-time data on pollen exposure is available for the first time in Switzerland. This is gathered on the Ally Science app, which has already found widespread use among allergy sufferers.

The already commonly used Ally Science app provides those who suffer from allergies with not only information on pollen exposure, but also now a symptom development report and a more precise symptom survey. As another recent addition, users can also now view the pollen concentration in Biel and Lucerne in real time. Other regions are due to be added.

The Ally Science app was launched in April 2018 by the Bern University of Applied Sciences (BFH) and University Hospital Zurich (USZ) to serve as the core component in Switzerland’s largest ever study into pollen. The app now features brand new functions. The most significant addition has been made possible by the Poleno – a measuring device from Lucerne-based start-up Swisens. It detects the current concentration of pollen in the air of the local surroundings, focusing specifically on the types of pollen most relevant to allergy sufferers. This represents a major breakthrough: The measuring method that had been used until now is based around identifying and counting pollen manually.

Consequently, it takes a couple of days before the measurement results are available.

The Ally Science app shows how much pollen and which types of pollen are currently in the air – initially for the cities of Biel and Lucerne, where a Poleno unit has been installed. Based on the tests so far, Swisens CEO Erny Niederberger is confident "that the devices will deliver high-quality real-time data." The data can be viewed on the app in the form of a map. It also shows the regions in which app users are currently registering symptoms, which can be done quickly and easily by swiping into the app's allergy diary. To allow for a more detailed analysis of symptoms, users are now asked to specify whether their allergy symptoms were experienced indoors or outdoors. Allergy sufferers can use the map to decide whether or not they wish to take preventative measures.

Another useful new feature of the app is a symptom development report for users, which can be exported as a PDF if required for a medical appointment. There is also a development display so users can track their symptoms across the entire year. Users who had been entering data into the app in 2018 will see a second curve indicating last year's pattern. This is hugely valuable for a potential medical consultation, particularly with reference to recommending treatment. Further to this, a link takes users straight to tips for pollen allergy sufferers found on the app from the aha! Swiss Allergy Centre.

Plans for 2020 include offering real-time pollen data for more regions, as well as a personalised pollen early warning indicator. Another reason to start using the Ally

Science app now. After all, the more allergy sufferers record their symptoms regularly, "the more detailed findings can be fed into the early warning system," explains Professor Serge Bignens, Head of the BFH Institute for Medical Informatics.

Ally Science – Pollen study conducted with and in the interest of allergy sufferers The Swiss Ally Science study project is reliant on the involvement of people with allergies. They can record their symptoms using the Ally Science app, which is available in five languages. The data is stored on the secure, user-specific MIDATA platform and incorporated into the pollen study in anonymised form. Around 8000 people contributed more than 24,000 symptom entries during the 2018 pollen season, including information on the frequency of individual symptoms. In the second phase of the project, which is now under way, the inclusion of real-time pollen data facilitates the analysis of links between symptoms recorded and the pollen actually present. The aim of the study is to develop pollen early warning systems and to improve advice and treatment.

For more information and photographs or to download the Ally Science app, visit:

Contacts for questions and interviews:

Ally Science is made possible by the support of the following project partners:

The study, which was published just on the World TB Day 2019 in Lancet Infect Dis, resulted from a large collaborative project between the Institute of Social and Preventive Medicine (ISPM) of the University of Bern, the Swiss Tropical and Public Health Institute in Basel and the Institute of Medical Microbiology (Swiss National Center for Mycobacteria) in Zurich.
This project was funded by the Swiss National Science Foundation and the US National Institutes of Health. The overarching aim was to compile a Mycobacterium tuberculosis strain collection from HIV co-infected and HIV negative individuals in eight low- and middle-income countries worldwide, and to study the mechanisms underlying M. tuberculosis drug resistance. We reported on the challenges to diagnose and treat drug-resistant TB in resource-limited settings. Inaccurate drug susceptibility tests (DST) leading to inappropriate treatment contributes to the high mortality associated with drug-resistant TB. Local access to accurate and rapid DST of anti-TB drugs is required to improve outcomes in patients with drug-resistant TB.

The results are frightening:
The exhaust gases of the investigated vehicles, which are on the rise worldwide, contain up to 17 times more carcinogenic substances than those of modern diesel vehicles.